skip to main | skip to sidebar

What has happened to René Hasee and to other children missing in Portugal:

During a vacation 6 year old René disappeared on the 19th June 1996 about 6pm on the beach of Amoreiras close to Aljezur (Portugal).

It is shocking to realize how many children have snatched in Portugal. Non-family abductions are usually rare and Portugal is small country, but in Portugal there is several of them.

These children, many of them now adults, if still alive, were never seen again by their loved ones. And they need closure. They deserve to know what happened to their sons and daughters, who were snatched from their simple and normal lives. 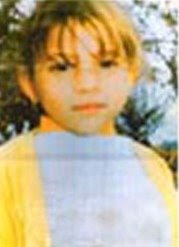 Cláudia Alexandra Silva e Sousa: missing since 13/05/1994 - 7 years old in 1994; disappeared from her hometown in Oleiros - Vila Verde. The child has a 10 cm scar in her right thigh, a scar in her lower lip and another in a finger.

Rui Pedro Mendonça: missing since 04/03/1998 - 11 years old in 1998; taken from his town of Lousada. It is now believed that this child was taken abroad and is in the in the hands of a pedophile network. For further information: http://www.ruipedro.net

Rui Pereira: missing since 02/03/1999 - 13 years old in 1999; a boy from Vila Nova Famalicão. Rui has a small scar near his left eye, a scar between his upper lip and his right nostrel and a big birth mark on his back. 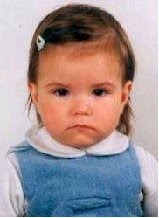 Sofia Oliveira: missing since 22/02/2004 - 2 years old in 2004: kidnapped from her mother's home, in Câmara dos Lobos, Madeira. Her father took her without her mother's knowledge and somehow the child got lost after that.

Tatiana Mendes or Odete Freman or Odete Frima: missing since May 2005 - 7 years old in 2005; she was "adopted" by a couple with her mother's acceptance. She travelled to Portugal in May 2004, however a year later her adopting mother said that the young girl was given to another person and that, still in the year 2004, the girl had died in a traffic accident somewhere in the area of Badajoz/Espanha. 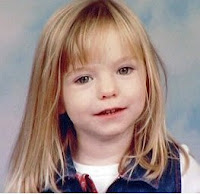 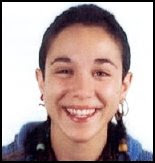 Jacira Rocha Gomes: missing since 23/11/2007 - 17 years old in 2007; the missing girl studies in the 8º grade of the secondary school D. Luísa de Gusmão, in the area of Penha de França, Lisbon. There were sightings in Moita, Vale de Amoreira e Cidade Sol, no Barreiro.

But here are not all missing children, according to Instituto de Apoio à Criança in 2006 disappeared in Portugal 31 children. Of these 31 cases, five were of children under the age of six and 17 related to children between the ages of 11 and 15, with 54 per cent of children going missing from the Lisbon area along. Unfortunately, only 24 of the 31 missing children have so far been found and two of those were found already dead.

That means there is still 7 missing children disappeared in 2006, but who they are? No names, no images?

"Sadly, reported cases of missing children have increased since the SOS phone line was created in 1988."

But Instituto de Apoio à Criança tells us not anymore how many children is missing in Portugal, because there is new organization for this: Portuguese Association for Missing Children and leader of this organization is Paulo Pereira Cristovao:. This same man who together with Amaral fabricated unbelievable lies (paedo-tom-tom) against Madeleine's parents, was one of the Joanas mother's assaulters and wrote books about Joana and Madeleine. 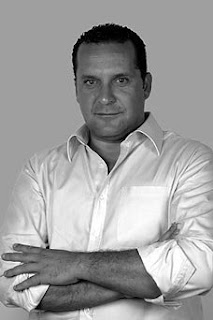 Increasing of disappearances of children reminds me what happened before Casa Pia scandal broke.

"Investigators from the Swiss-based Innocence in Danger group, which claims children regularly disappear from the poorer streets of Portuguese towns and cities, say they too have been harassed and threatened."

Casa Pia scandal broke in September 2002 half year after Barroso's party Social Democratic Party ousted the socialists in March 2002, he promised to bring life and honor back into the Casa Pia child's homes and allow new director Catalina Pestana reform to the institution. As a result, several senior staff of Casa Pia were fired after the 2002 revelations.

But when the Socialists got to the power again 2005 (Most of Casa Pia abusers were linked in Socialist Party) they began to advocate the Casa Pia charges down and they relaxed law, ahead of the forthcoming Casa Pia trial (if it never comes), what means that repeat offences against the same child would merit only a single charge - and a lesser sentence. Most of men linked in Casa Pia scandal (Carlos Cruz, known in Portugal as "Mr. Television"; Manuel Abrantes, a former director of Casa Pia; Joao Ferreira Diniz, a doctor at Casa Pia; Jorge Ritto, a former ambassador to UNESCO; Hugo Marcal, Carlos Silvino's former attorney; Eduardo Ferro Rodrigues, Portugal's Socialist Party leader; television talk show host Herman Jose; and Paulo Pedroso, a former Labour minister are free men now despite testimonies against them and abusers in Casa Pia orphanages still continues according to Catalina Pestana (Casa Pia II).

"The latest moves in both the McCann case and the Casa Pia investigation also come days after explosive ‘tell-all’ revelations in the weekend broadsheet newspaper Sol by retired Casa Pia director Catalina Pestana, in which she claimed sexual abuses of minors within the state-run establishment for orphans and children at risk were “still going on”.

I have a blog too about Portuguese lost children.
http://portugueselostchildren.blogspot.com/
1-Pamela was on the run,drug adiccted is now home again.
2-The missing children are not so much as you pretend to show.
Most cases ends well im 48 hours.
3-Put teens and children in same bag doesn't seem to me correct.
Most teens run away home.
-So,not so much drama on Portugal kidanping.
Is a safe place to stay,not worse than better then any other country

When people stop believing in God, they don't believe nothing, they believe anything.

"Two biggest mistakes to make about Satan are to be obsessed with him or to think that he doesn't exist." 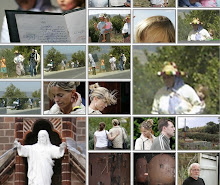 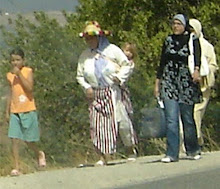